You Never Came Back 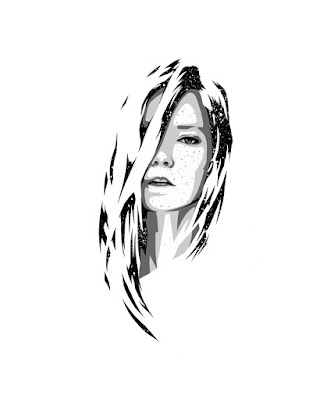 A student recently asked me for some advice about love and relationships and I laughed; not at him but at the way I felt about the idea of love and how much it has changed. If the student had asked me the same question a year ago, I would have jumped up and had a huge heart to heart about the pursuit of love and all its grandeur. Yet at that moment, all I could do was laugh and remain sunken in my chair, defeated and surrendered. After we had our talk about relationships and the hardships they can entail, I realized that somewhere down this path of mine I've grown so much and so has my idea of love and all that I thought it was supposed to embody.

This illustration, for me, is my last and final installment of the series. I initially began the series to explore the idea/concept of beauty and love. I thought to myself, "what makes women beautiful?" and for me - in all my bias - it was hair, freckles, and stars. (Hair brought a sense of smell and touch, freckles because they add a touch of innocence and nostalgia, and stars because they provide a feeling of the unknown) This illustration was left incomplete to add a sense of brokenness/heartbreak. I didn't include hair because when a person leaves you, there is no longer a sense of touch or smell. All that is left is the memory of what used to be and what you thought was real. Unlike the previous illustrations, I decided to place freckles all over the face to mirror the chaos of stars found within her hair. Because this is the final installment of the series, the freckles are a subtle gradient of all the hair colours found in the previous pieces.

I began this piece while I was seeing someone and at first, things were really good. We had grown extremely close in a very short amount of time and there were things about the relationship that I had never experienced before. She was great and I was honestly so happy but after a couple of months things got harder and harder and we grew bitter. Time ran its course and she couldn't do it anymore. And I thought she would eventually come back but when she started seeing someone else, my heart shattered while my world crumbled and I stopped creating art. However, time continued to move forward and while I was in the process of rebuilding myself, some amazing things happened to me along the way and I finally feel complete in ending this series, even if the final is incomplete.

If you love someone let them go, and if they never come back, you'll only grow. 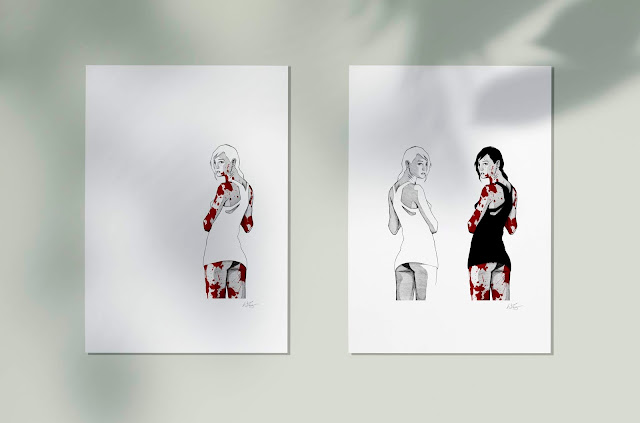 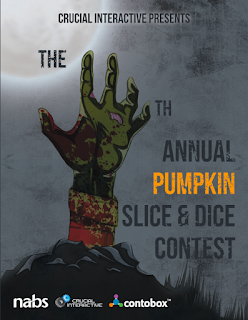